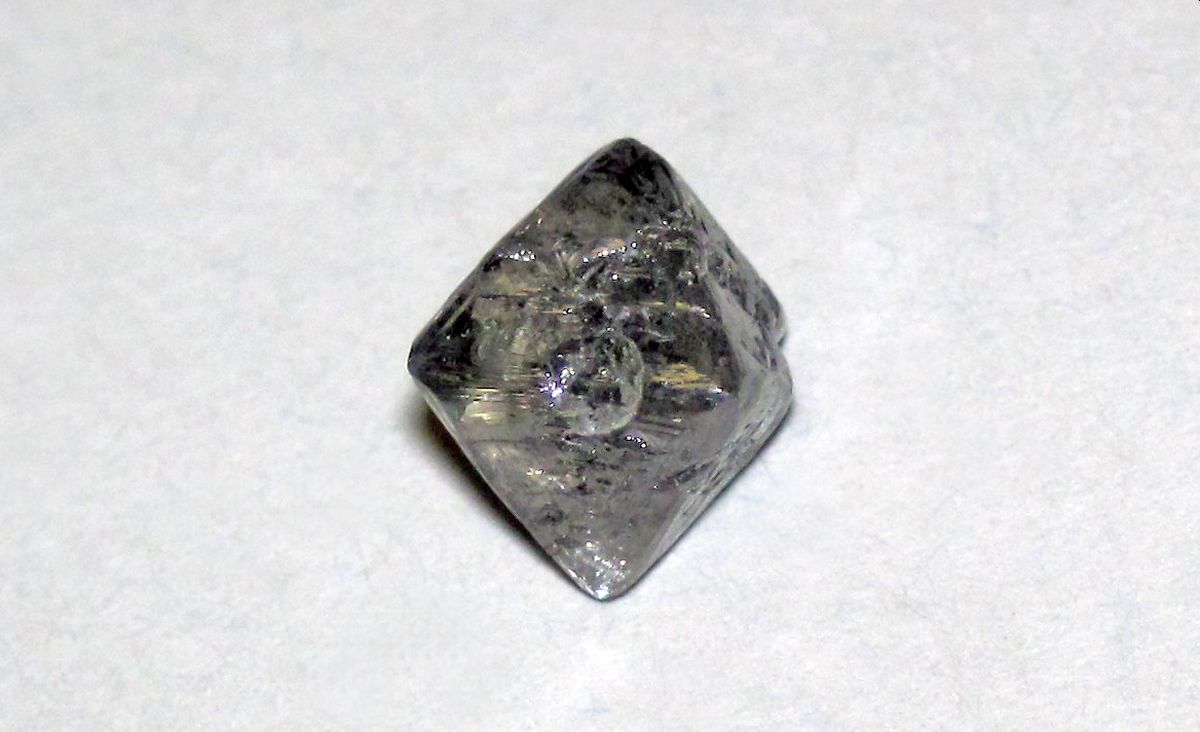 Diamond History Have you ever wondered, how old really, are the diamonds we see around us? Diamonds are aptly called as messengers from the deep earth. Scientists having been studying them closely to understand what goes on into the otherwise inaccessible depths from which they come. But the messages are often hard to read.

Recently, a team has come up with a way to determine the age of diamonds with inclusions, and the chemistry of their parent material. The research has allowed them to map out geologic events going back more than a billion years – which is of huge significance not only in the study of diamonds, but of planetary evolution.

Gem-quality diamonds are grid-like structures of nearly pure carbon. This purity (being made of just one element) gives them them their brilliance; but it also means they carry very little information about their age and origin.

However, some lower-grade diamonds contain imperfections in the form of tiny pockets of liquid – essentially what’s left of the more complex fluids from which the diamond crystals evolved.

By analyzing these fluid filled imperfections, the scientists through a new study worked out the times when different diamonds formed, and the shifting chemical conditions around them.

What Do We Know So Far On Diamonds?

Most diamonds are believed to have formed some 150 to 200 kilometers under the surface, in relatively cool masses of rock beneath the continents. This may have happened as far back as 3.5 billion years, and probably continues even today at some rate. Occasionally, these diamonds in the making or completed are carried upward by powerful, volcanic eruptions called kimberlites.

Much of what we know about diamonds comes from lab experiments, and studies of other minerals and rocks that come up with the diamonds, or are sometimes even encased within them. Fibrous, dirty-looking diamond pieces containing solid or liquid impurities would disqualify them as jewelry, but carry potentially valuable chemical information.

Up to now, most researchers have concentrated on solid inclusions, such as tiny bits of garnet, to determine the ages of diamonds. But the ages that solid inclusions indicate can be debatable, because the inclusions may or may not have formed at the same time as the diamond itself. Encapsulated fluids, on the other hand, are the real thing, the stuff from which the diamond itself formed.

What the scientist did different this time was find a way to date the fluids. They did this by measuring traces of radioactive thorium and uranium, and their ratios to helium-4, a rare isotope that results from their decay.

The scientists also figured out the maximum rate at which the nimble little helium molecules can leak out of the diamond – without which data, conclusions about ages based on the abundance of the isotope could be thrown far off. (As it turns out, diamonds are very good at containing helium.)

The team identified three distinct periods of diamond formation. These all took place within separate rock masses that eventually combined into present-day Africa.

It was at the end of this most recent period, when Africa had largely assumed its current shape, that a great bloom of kimberlite eruptions carried all the diamonds the scientists studied to the surface. The solidified remains of these eruptions were discovered in the 1870s, and became the famous De Beers mines. Exactly what caused them to erupt is still part of the puzzle.

The tiny diamond-encased droplets provide a rare way to link events that took place long ago on the surface with what was going on at the same time far below.

When quizzed whether the findings could help geologists find new diamond deposits, the research team relied “Probably not,” . But, added, the method could be applied to other diamond-producing areas of the world, including Australia, Brazil, and northern Canada and Russia, to disentangle the deep histories of those regions, and develop new insights into how continents evolve.

Open chat
WHATSAPP
KANJIMULL & SONS JEWELLERS
HELLO. HOW CAN I HELP YOU ?